UPDATE: 10th June 2018: image above is as of today’s date
I’ve been a ham now for just over two years and as I am sure you will all agree the first year or two you are finding your feet, learning what you like and what you dont, trying all sorts of stuff… well that’s what I’ve been doing.

Current state of play as follows….

Lots of other stuff on the go, playing SSTV, still wanting the sats home station but that’s still a long way away, still learning Morse code SLOWLY and still very much enjoying the head space the shack gives me 🙂 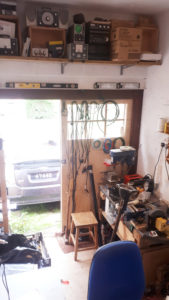 UPDATE: 12th December 2017: still out of date and not to mention a pigsty – even have a new lawn mower in it at the moment taking up far to much space… I feel a tidy up coming between Xmas and New Year 🙂

UPDATE: 2nd November 2017: this page is really out of date – in 19 months so much has changed… update coming soon 🙂

just started out and it already needs tidying.. here are a couple of early shots just after clearing and turning in to a workshop / shack… crap quality phone shots, sorry! 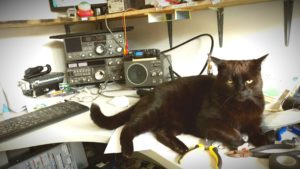 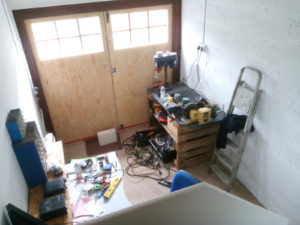 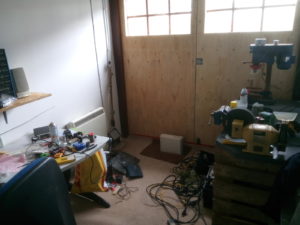